A downloadable Dreamquartz for Windows, macOS, and Linux

Mihal had a vision.
Every night a mysterious voice shows him the destrucion of his homeland by the hands of a demon through his dreams. Thus, he leaves to find the help of Caleb, the legendary hero of the legend who retired from the world. Yet, an unexpected guest joins him to help...

This was short but cute!

This visual novel was such an experience, in the best sense of the word. From the start I kept making guesses of what would succeed and they always got turned around, I presume that's partly my fault for forgetting the prologue after I opened the game, BUT, GOOD GRIEF, that was amazing. I kept thinking "oh no, I'm going to get the protagonist killed with this option" and then... he survives. Personally, this happened thrice.

First off, I truly appreciate the multitude of options in the preference screen, very useful for trial-and-error playthroughs for the endings. Must admit this was my first time struggling to get a bad ending, as I couldn't figure out what type of attitude would be bad for a demon that seemed to enjoy mischief so much to decide, but eventually I caught on, and when I finally got it... wow. It was incredibly (and ironically so)  good. The depictions of the scratches and wounds, the flames... It was simultaneously surprising and very, very pleasant to read and witness. The CGs, sprite style, backgrounds and soundtrack all added to the story and ambiance so well, I'm specifically in awe of the stargazing scene. Everything is so fitting, and calm... the sort of calm that happens right before the storm? Exactly that.

It was also quite joyous to have a demon character that simultaneously seems human yet doesn't, even to the player, and the human companion being both compassionate and distrusting of them. (Maybe it's my specific choices, but it did seem as if Mihal--I love the name choice for both of them, by the way--kept both those traits in mind through each interaction). I also thought the marigolds and pumpkins bit was a very nice detail, as well as the response to Mihal if he asks Ashur about why must he be so cruel. Their expressions make it even better. Oh and of course the comments about the camera and technology overall, I'm somewhat curious about that still... an enchanted camera... I'm divided on if Ashur was joking taking advantage of the benefit of the doubt or it truly is an enchanted camera and some kind of metaphor (or foreshadowing?) for fear of loss, so to speak.

This was truly like a tragedy that unravels little by little while hidden by the calm, as if it were happening in the eye of the storm. I truly enjoyed playing through it and its endings. It's been long since the release of this game but I'd still like to say thank you for all the effort that went into it! And for sharing this game as well.

(I once again apologize for the length of my comment)

Hi undaembra! I apologize again for the late reply ;w; your comment made me really happy!
Dreamquartz is an old game and I often look back at it only for the mistakes, so reading your comment made me realize (and see again) the good and the effort I put into it >\\\< I'm so glad you liked the story, even short as it is!
Not to mention I'm so happy to hear that my prose in English is good! It's not my mothertongue and for Dreamquartz I wrote directly in English, I've always feared it wouldn't convey emotions in an effective way compared to my mothertongue (looks like blood and violence are my best shots, but I enjoy writing them to be honest)

Writing characters is my favorite part and yes, Mihal is forgiving but he also doesn't trust to full extent the others, he's from a secluded community and travelled for the first time alone afterall x3 as for Ashur the key was playing as he expected (being disrespectful, cold, proud, etc) so you'd confirm his idea of all human beings, but shocking him with good deeds looked more fun right? xD
If I had more time I would have liked to implement the functionalities of the camera and also fleshing out the final part of the story a little better but I was tight on the Jam's timeline... so for now it remains just a joke to mess with Mihal's naivity xD

Thank you again for playing my little game ;\\\; your comments fill me with lots of confidence too and it's a period I really needed that, so thank you twice >\\\<

Thank you for laying the game, Scurvy J! I'm glad you enjoyed it >w<

is there something wrong with the linux program? I cant seem to run it, but when I run the windows program on emulator it works just fine

Hi Leon! I don't have Linux so I couldn't test the build... I'm afraid it might be ;w;
Does an error message show up? So I can research a way to fix it, I'm sorry for the inconvenience ;w;

no, it just doesnt run, like it doesnt open anything

edit : oh but by the way I can run your other game roar with the linux program, so maybe you can make that as reference?

I think I got it ;w; it has to do with the engine I used!
I'm on mobile now, when I get to the computer I'll try updating the versions

I updated the Linux version! Let me know if it works... if not, I'll come up with another solution uwu
Thank you again for pointing out the problem and for your patience ;w;

thanks, it works fine now I can run it perfectly :Dd

But I never seem to get the good ending :/

Anyone knows how to get it?

Thank you for playing, Lambda! I'm glad you liked it! :)
I had uploaded a hint guide, did you try that? Which choices did you make?

Well... After reading the guide I think I cant get sightseeing twice (I understand the first one when reaching the village) and also im not so sure if im accepting (or not) the betrayal's pact since i dont remember seeing it. I get the feeling im just dumb tho...

Anyway, these are the choices I made

5) Thank for the crystal

8) Used to be hunted down

10) There must be another way

Thank you! It worked :D

Don’t forget that you can still vote for your favourite dreams!! Rating is open for another four days. Come take a look into your fellows’ innermost hearts!!

You were not kidding about the angst lmao. Nice job (:

Of course I weren't! But I'm so glad you liked it!
Thank you for playing Dream Quartz :D 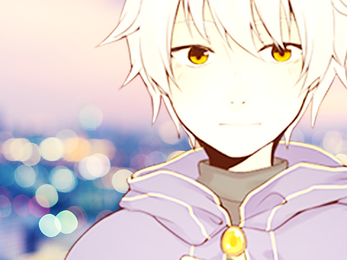 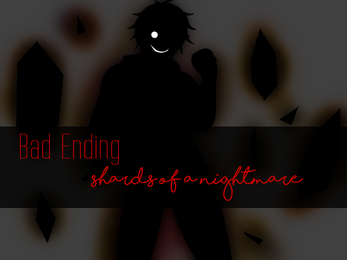 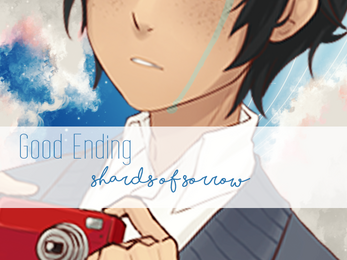 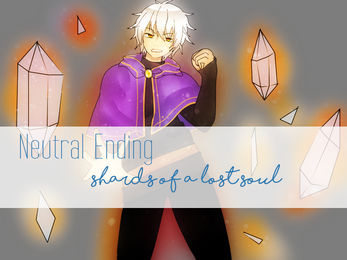 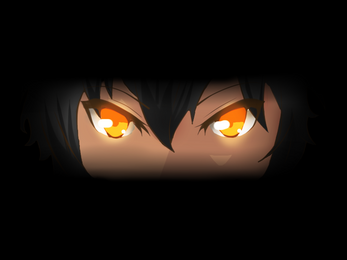