A downloadable Roar for Windows, macOS, and Linux

ENG
Nora is a freelance photographer, one of those you wouldn't request a photoshoot from... if you know what I mean. Romeo has the looks of a prince charming... until he opens his mouth to speak. In a Yokohama where humans and youkai live together, what will happen from such an encounter? Will it be lllove?

NEWS 25\02\22
A little extra story has been added in occasion of the Farewell FlareBlitzed Jam.
It's 10 minutes long, English only. I hope you enjoy it! 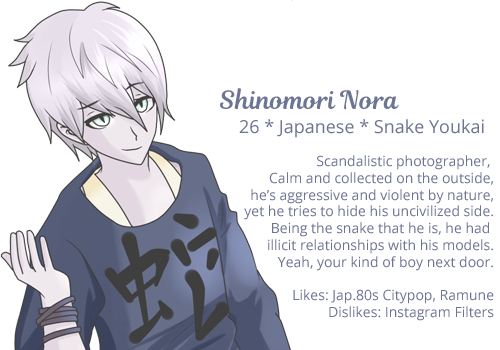 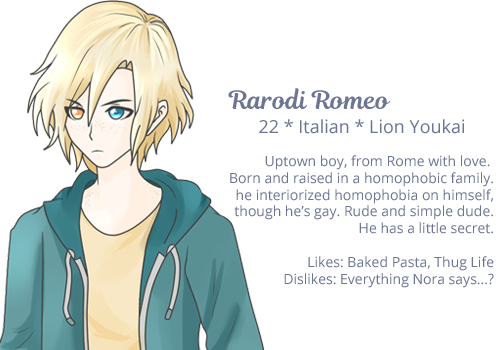 I love the story and the art style!

I think the characters and the environment are very well designed and the story was very nice.

I would definitely play another update! :3

Thank you for your kind words, Foxxy!
I'm really happy to hear you liked my game, even with its flaws >\\\<
(And since I did the sprites and the CGs I'm definetly happy)
By the way you're in luck because in occurrence of the FlareBlitzed Jam I posted a little after story. It's 10 minutes long, nothing extraordinary, but I hope you'll like it!

I played the afterstory and I'm glad I did!

You really did a great job! Once again, the characters and story are beautiful!

This game was awesome! I'm so happy I finally got to play it! :)

The characters were awesome (especially Nora) and the story was very in-depth. It pulled you in and really got you invested in the characters and the differences in their views and how it affected their lives.

The English translation was ok in some parts but not as good or terrible in others. I'm not sure if you are interested but I can write a better translation in a word file and send it to you. I can tell you really tried and I appreciate it because most don't.

As far as the plot, you call them yokai but they aren't. What your characters are described as are what's called were- beasts. More powerful yokai have a human form they can change into. They usually use it to trick humans in some way. They do not feel large amounts of pain doing it nor do they become a completely separate being who is unable to control their "non human" form. They are born not human so saying that they have to learn how to control how they are born is a bit weird. Were-beasts however have two forms. Their default form is human. They can change into an animal but it is painful and they do have to learn to control it.

I can still completely love this game but please do more research on the subject unless you intended it to be something from a parallel universe type situation where yokai are something completely different.

Hi Azerahaven, thank you so much for your review!
I'm so happy to hear that you liked the game! I'm also glad that the story gets you invested in the characters, it was one of my goals (and my worries, too), thank you!

As for the translation I'd really appreciate it o\\\o
But are you sure? The script is really long, about 91 word pages.
In case I can share with you the drive script!

I didn't know the term were-beast, do you think it would suit better for the translation?
(I thought youkai was the closest to the concept, but they're tecnically reverse animagus)

Thank you again for playing the game and taking your time to write the review! >\\\<

I'm glad I could make you happy haha. As for the script, I can reword it, but you'd have to code it into the game yourself. I have nothing to do for the next six days so I would love to spend it helping an awesome game like yours. :)

Also a were-beast is basically just a shape shifter. A werewolf is a pretty commonly known version but a lot of others exist. They're actually written into a lot of paranormal romance novels. Some of the more common ones are things like bears, tigers, jaguars, and of course, the wolf.

Thank you so much ;__;
Anyway, how can I send you the script? I don't know how to send PMs here

Alright, I just looked it up in their Q&A section. Apparently there is no messaging system, nor do they plan on making one. I will give you a disposable email to send it to and I'll delete said email afterwards.

After playing the game carefully to get the Bad Ending and the Perfect Ending, my evaluation of ROAR is:I really loved it!

The best part of the game is its plot, prose, and its characters; immediately you sink into their words and the intrigue of the plot and the circumstances of the protagonists, and at the same time you wish them the best for them.

The OST has been great, and very emotional, you chose the right songs to convey the atmosphere of the moment, and the emotions of the character (Frozen has made me laugh a lot XD).

And I loved the endings, both the Perfect and the Bad (Although my favorite is the Perfect), because both had a logical and sensible emotional outcome, I didn´t feel anything forced that the characters acted that way in both endings, but neither I could predict the outcome, making the intrigue better.

Both endings are worth seeing and enjoying.

The art is more questionable, honestly, if you had made more sprites with the clothes mentioned in the narration or their animal forms or when they were semi naked or when they cried, I think it would have given more flexibility and quality to the game.

I have found many translation errors (And that my native language is Spanish), such as confusing male and female pronouns or incorrect narrative forms, I have sometimes had to reread a narrative to understand it better.

Although I don´t blame you since we ask for a quick translation, and there aren´t many mistakes, the game is playable and understandable, but I recommend that you make a revaluation of your game and fix the most obvious mistakes.

And the last thing, and this is totally personal, I would have liked the game to be longer, just because I wanted to see Romeo and Nora spend more time together (this one can ignore it if you want XD).

And that's it, now I only have one plea to make: Make a sequel to this game, to see how Nora and Romeo live from now on, and how they adapt to their new lifestyle, and see more romantic moments.

P.D .: My favorite part is that both characters had characteristics and personalities of their animals.

Thank you so much for the review and your kind words!
It means a lot to me! And I'm glad to hear you enjoyed the game!
As for the sprites and CG, now that I have the translation complete I can start making some improvements :) I don't have the deadline as in the yaoijam, that's why I had to cut down the artwork (it was all on me)... and as for the sequel who knows eheh uwu I'll update you on that in case!

I would greatly appreciate it.

I tried to play it, but I don't understand Italian.
I only understand two languages: Spanish and English.
It looks very good, I recommend translating it to English soon.
Let me know when you do it.

Oooh thank you ;__; the English translation is in progress!
It's on 70% of the script atm, I hope to release it soon! But thank you so much for your comment, it's a big encouragement to me!

Hi Aural! Thank you for your patience!
As I promised, I'm writing you to tell you the English version of Roar is out :)

Thank you!
I've already played it and I love it, but I have a problem...
I'm just getting the bad ending.
Any advice for the perfect ending?
(Or a guide?)
Please!

I'm so happy to hear that you love the game ;\\\\\\;
I'm curious btw, what choices did you make? I didn't think to make a guide, while I list it here's the way to get the other ending, just choose this answers (I listed them in order) pssst:

I think the problem is the choice of the song.

I followed the guide but still got the bad ending until I chose the song 0043, The Lion Sleeps Tonight: then I already got the perfect ending.

I will write another comment to review the game.

Thank you for playing! I'll be waiting for that :)
(Anyway, following your suggestion I made the Ending guide - I forgot to list here the song, I'm sorry!)

how do i get ot on english or change the settings to english?

Hi Kris, thank you! I'm working on the English version atm, I'll notify you when it's ready if you want :)
(It shouldn't take long, it's in the proofreading stage)

If it's alright, can you please notify me of the english update as well? Thank you. :)

I thought I had already replied here, I'm sorry ;__; anyway of course! I'll write you when it is published, thank you for your interest >w<

Awesome, thanks so much, I'm looking forward to playing your game! :)

Hi Azerahraven! Thank you for your patience!
As I promised, I'm writing you to tell you the English version of Roar is out :)

Omg yay! I'm gonna play it as soon as I get off work. Thanks for letting us know! :)

Hi Kris! Thank you for your patience!
The English version of Roar is out :) 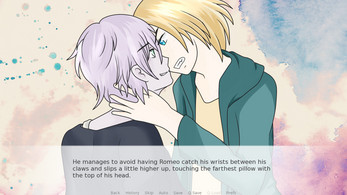 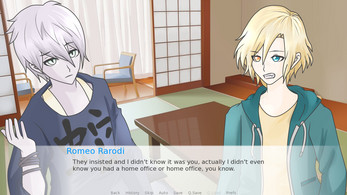 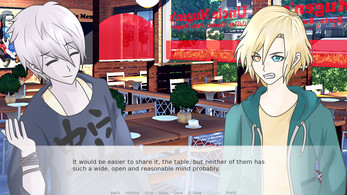 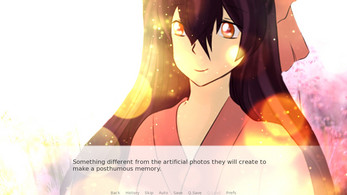